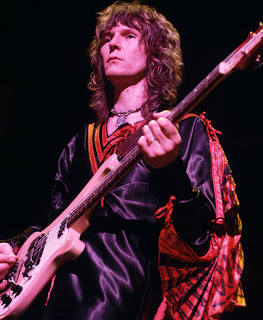 The Favorite album I want to recognize in this post is Fish Out Of Water, a solo  Album by Yes bassist Chris Squire, released in 1975. I probably bought my copy a few years later, perhaps 1979. I had gotten into Yes later on, after they were well established. One of the first concerts I ever went to was a Yes Concert, I believe in 1979. It was the first concert in the then brand new Cedar Rapids Civic Center. The gimmick Yes had for that tour was a revolving stage. I had just purchased a fender jazz bass, and I got to see my bass hero Chris Squire perform live in the arena.

As a young bassist, one of my favorite bass players was, and still is, Chris Squire of Yes. His classical sounding melodic bass lines are unmistakable and have influenced a couple of generations of bassists, including Rush's Geddy Lee. Squire is especially associate with the Rickenbacker Bass.

He is one of the founding members of Yes, one of the progressive rock bands of the late sixties and early seventies. Squire will always be associated with such Yes songs as Round About and Owner of a Lonely Hearts, and the Fish.

Squire's nickname is the Fish, which comes from a incident where he flooded a hotel room by accident while he was in a shower. He was also known for spending a lot of time in the bathroom when he lived with fellow Yes band mate Bill Buford.

Fish out of Water has only five tracks but they are sublime. This is a case of a very creative and interesting album, which while, not a great commercial success (#25 in UK, #69 in US), has had some longevity. The structure of the music blends rock, jazz, and classical in one cohesive sound. The album features a full orchestra as well as rock instrumentation.

The bass is made to be prominent in the mix of the album, and rightfully so. It is melodic but holds down the bottom. Squire puts on a clinic for bass work. 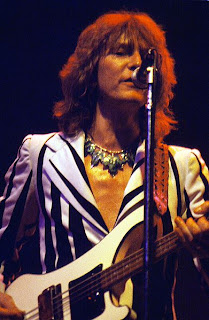 Squire's vocal work does not sound much different from Yes band mate Jon Anderson, singing in the higher register with a lot of power and discipline.

The first track, Hold Out Your Hand, is a opens the album with the organ from the London Cathedral, and then a stunning stereo bass riff by Squire.

The song flows into the next track, You by My Side.

Side one concludes with Silently Falling, an 11 minute track with full orchestration.

Side 2 opens with the track, Lucky Seven, so named for its 7/8 time signature. It has a jazz feel to it with minor keys and saxophone.

The album closes with Safe, a fifteen minute track that reprises a theme from Yes's song, Close to the Edge.

Fortunately, Fish out of Water is still available for down load, a little more difficult to obtain on CD, although an enhanced import is available but is pricey.

Fish Out of Water is a personal favorite of mine, by one of my greatest bass influences. 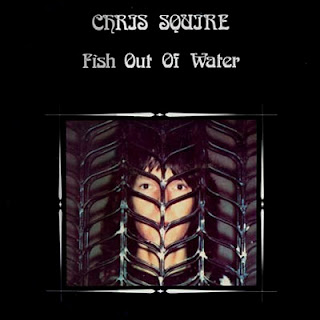 Video for Hold Out Your Hand and You by My Side: 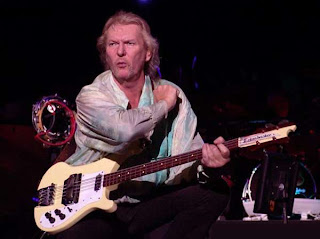 Posted by Lance Goldsberry at 4:09 PM 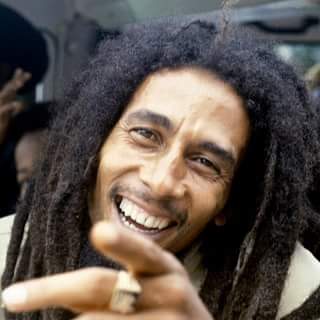 Lance Goldsberry
I am a Christian, writing from America, which is Babylon, the land of confusion, the Empire of the Oppressor.